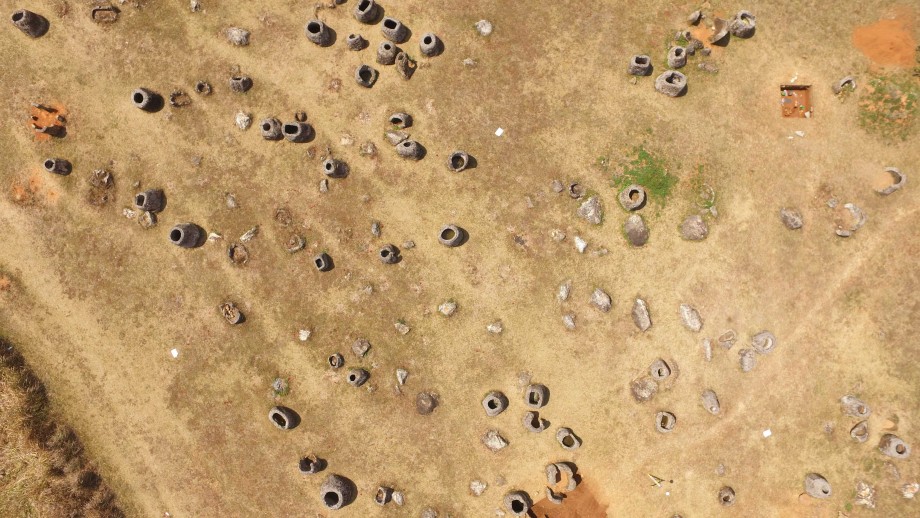 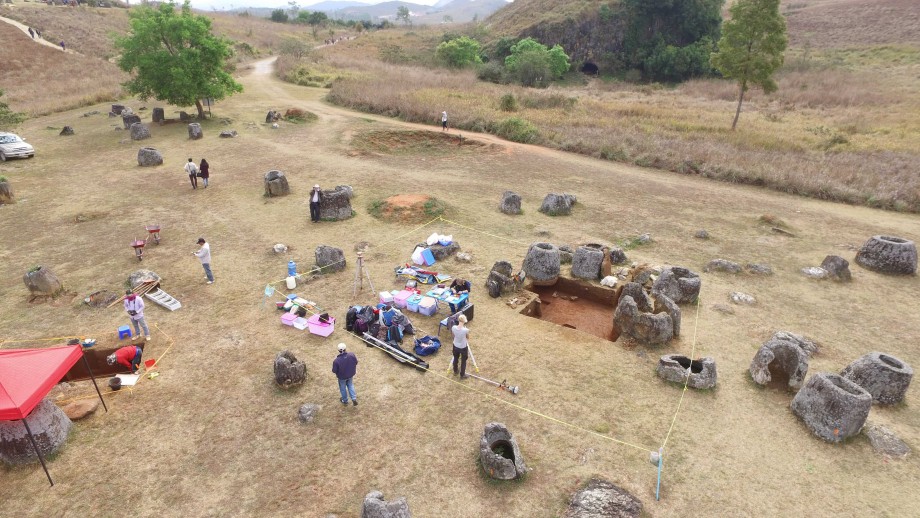 One theory is that they were used to decompose the bodies. Later, after the flesh was removed the remains may have been buried around the jars.

Archaeologists from The Australian National University (ANU) have unearthed an ancient burial ground at one of Asia's most mysterious sites - the Plain of Jars in Laos.

The team led by Dr Dougald O'Reilly of the ANU School of Archaeology and Anthropology, discovered human remains estimated to be 2,500 years old which they hope will shed some light on those buried at the site.

The project in central Laos is the first major archaeological dig since the 1930s at any of the 90 sites that make up the Plain of Jars. The sites feature ancient carved stone jars up to three metres tall, but their purpose remains a mystery.

"This will be the first major effort since the 1930s to attempt to understand the purpose of the jars and who created them," Dr O'Reilly said.

"One theory is that they were used to decompose the bodies. Later, after the flesh was removed the remains may have been buried around the jars.

"What is now clear is that these are mortuary and were used for the disposal of the dead. The jars can number between one and 400 at each site, ranging in size from one metre to three metres tall.

"There are pits full of bones with a large limestone block placed over them and other burials where bones have been placed in ceramic vessels," he said.

"Our excavations have also revealed, for the first time at one of these sites, a primary burial, where a body was placed in a grave."

He also said that determining the status of the buried individuals was difficult due to a lack of material objects buried with them, but hoped some genetic analysis might shed some light on whom these people were related to.

Scientific analysis will also provide evidence on the residential behaviour of the people.

"This will open up a huge amount of information into who these people were," Dr O'Reilly said.

The Lao Government is currently pushing for the Plain of Jars to be listed as a UNESCO World Heritage site, a move that would provide tourism, preservation benefits and recognition.

The project is being managed in conjunction with Monash University and the Lao Ministry of Information, Culture and Tourism (MoICT).