» Newsroom » All news » Alumna in Big Apple for marathon

Alumna in Big Apple for marathon

Canberra-based alumna Ayesha Razzaq has pounded the pavement in the Big Apple, and raised more than $50,000.

Ayesha participated in the 2014 New York Marathon for charity, raising money for Indigenous fitness education through the Indigenous Marathon Project. She finished the marathon in a time of 4 hours, 36 minutes and 37 seconds.

Since graduating in 1998 with a Bachelor of Engineering (honours), Ayesha has balanced her life as a busy member of the executive team at Canberra utility provider ActewAGL with a fitness regime that culminated in her participation in the Big Apple marathon.

“While I had an awesome run, the conditions were quite tough with gusts of wind up to 64 kilometres an hour,” she said.

“Not to mention having to wait for 4 hours in sub zero temperatures at the start line. It certainly made the marathon part much easier – I don’t think I have ever been so eager to start running just so I could warm up.”

“The memory of hundreds of people willing me across the finish line will live on from a long time to come,” she said.

While there, Ayesha also spent time with team members of the Indigenous Marathon Project, which provides an opportunity for Indigenous men and women to participate in the New York Marathon.

“They are a great bunch who have found a new lease on life through running. They are grateful for the opportunities this program has given them and I know they will continue to go on to do even bigger things.”

More on Ayesha’s marathon journey and information on donations can be found at her go fundraise page. 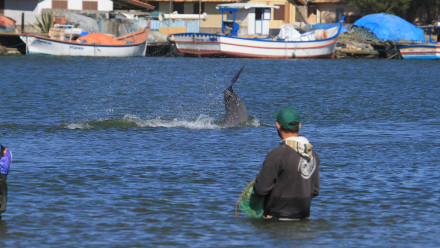