» Newsroom » All news » All Rhodes lead to ANU

All Rhodes lead to ANU 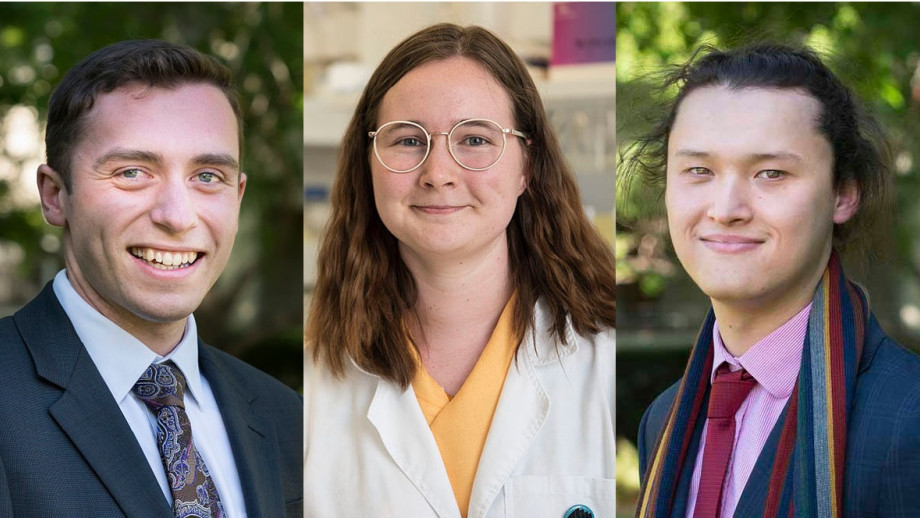 ANU encouraged my passion for learning and challenging the status quo in law, and helped me see how law impacts people | Marcus Dahl, 2020 Rhodes Scholarship winner

In what is a highly unusual and impressive feat, three ANU grads have won prestigious and highly-competitive scholarships to study at Oxford University in the same round. Olivia Ireland reports.

Three talented students are set to sail for the UK to study under the prestigious Rhodes Scholarship at Oxford University.

The Rhodes Scholarship is one of the oldest and most prestigious international postgraduate studies program. Nine scholarships are available for Australians to study at the University of Oxford each year.

It's almost unheard of for a university to win three in one round, and the last time more than one ANU graduate won a Rhodes Scholarship was 2005.

ANU Vice-Chancellor Professor Brian Schmidt told The Australian that while ANU may have been "a little lucky" to win three scholarships, it reflected the exceptional talent of the students that study here.

"They'll get a chance to go on and show Oxford what they're made out of and hopefully go on to change the world however they see fit in the future."

Marcus Dahl, who graduated with a Bachelor of Laws (Hons), Bachelor of Science and a Graduate Diploma in Legal Practice in 2018, has won an Australia-at-Large scholarship. He is also the first Tuckwell Scholar to be awarded the Rhodes Scholarship.

"ANU encouraged my passion for learning and challenging the status quo in law, and helped me see how law impacts people," he said.

"I'm excited to continue that journey with postgraduate study at the intersection of law reform, legal philosophy and ethics."

Marcus graduated with the Blackburn Medal for Research in Law for the highest result in his honour's thesis alongside receiving the University Medal and Tillyard Prize in 2018.

His contributions extend from academia to the ANU community which includes being a first-year representative, vice-president and senior resident for his residential college Ursula Hall.

He has also volunteered for the ANU Law Students' Society, the Indigenous Summer School Program and Australian Scouts.

In 2019, Marcus undertook a six-month placement as a foreign law clerk at the Constitutional Court of South Africa and returned to Australia mid-2019 to take up the role of Associate to Justice Jonathan Beach at the Federal Court of Australia.

Emily Rowland and Matt Goh, both graduating from ANU this week, are the two other deserving recipients for the competitive scholarship. Emily won the South Australia scholarship while Matt is another Australia-at-Large winner.

Emily, who studied a Bachelor of Philosophy (Honours), focused her honours research on how brain signals convert to physical movements, which she hopes to extend to her Masters in Neuroscience at Oxford.

"The UK is highly regarded as the place for neuroscience, so I think studying a Masters at Oxford University will provide a solid grounding for my career," she said.

Her time at ANU has involved academic mentoring for first-year students, playing Ten Pin Bowling with the Australian National Training Squad and volunteering with the local retirement community.

Matt Goh, who is also graduating at the end of this year, is a Love Scholar completing a Bachelor of Philosophy (Honours) in Physics. He has been involved as a resident of Bruce Hall, an academic mentor and contributed to drama production.

His awards include the Dunbar Physics Honours Scholarship and a University Medal. He was a Summer Scholar at the Weizmann Institute of Science in Rehovot, Israel. Additionally has been the Treasurer of the ANU Physics Society and Vice-President of the ANU Solar Car Association.

At Oxford Matt will research how ultracold atoms and lasers can be used to develop new computing platforms.

"In my honours research at ANU, I modelled and simulated a new method to control ultracold atoms for these applications," he said.

"At Oxford, I am particularly interested in working with Professor Dieter Jaksch, who led much of the early theoretical work regarding cold atoms and has been a leader in the field since. It's truly exciting to have a chance to work with one of the original legends of my field!"

In reflecting on his time at ANU, Matt highlighted the importance of support and community to reach his goals.

"The university is full of wonderful people. I've had truly amazing mentors, friends, peers and supervisors - they say it takes a village, and I owe my success to the best village that I could have ever asked for." 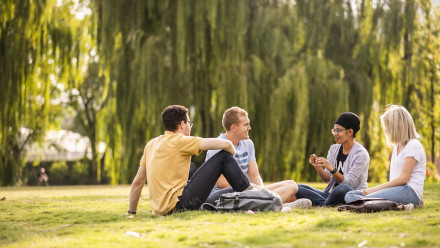 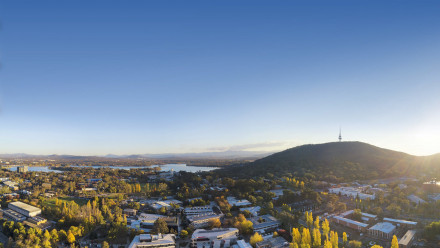