» Newsroom » All news » A tribute to Nicholas Tapp

A tribute to Nicholas Tapp 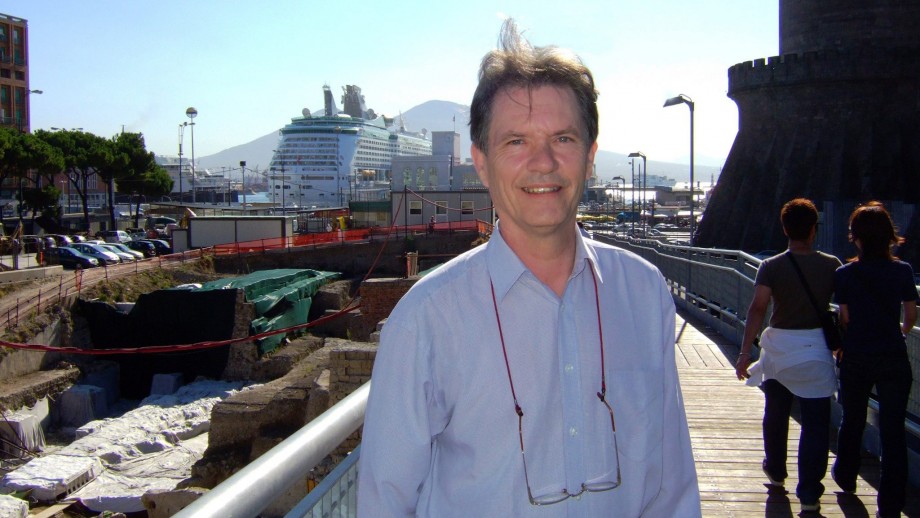 Nick's genuine kindness and responsiveness was constantly praised by those who came to him for mentorship, often receiving from him a lot more than what they had even hoped for.

Jean Michaud reflects on the life of a prolific intellectual standing at the forefront of his field.

For over three decades, in the mind of most scholars and graduate students alike, but also for the Hmong of the diaspora and the growing number of Asian Hmong accessing higher education in China, Vietnam, Thailand, Laos and indeed in the global West, social anthropologist Nicholas Tapp - Nick to everyone - has been the face of Hmong studies, a prolific intellectual standing at the forefront of the field.

To the possible exception of French anthropologist Jacques Lemoine, his living elder in the arena of Hmong studies who at one time played the role of mentor, Nick was and remains the central reference. His inquiring mind took him to the Hmong in Asia and in the Western diaspora.

A nomad in his own right, from his doctoral studies in London his academic career led him to teaching and research positions in Hong Kong, Edinburgh, Canberra and finally Shanghai. Nick, truly, was a man of the world.

Nick Tapp developed an interest in the Hmong in the course of his graduate studies at SOAS, during which time he elected to conduct his doctoral field research in a Hmong village just northwest of Chiang Mai in northern Thailand.

Graduating in 1985, his monograph Sovereignty and Rebellions: The White Hmong of Northern Thailand (OUP, 1989) bears witness to this rich period of discovery.

Inspired by earlier scholars of the Hmong such as François-Marie Savina and Guy Moréchand, by modern ones like Thomas Lyman, William Smalley, William Geddes, Jacques Lemoine, Yves Bertrais and Jean Mottin, and further enthused by a core of contemporary young researchers such as Robert Cooper, Howard Radley, Nusit Chindarsi and Chupinit Keesmanee, Nick also always recognised his debt to prominent Hmong intellectuals of the diaspora such as Yang Dao and Gar Yia Lee (Gary Lee). He was to actively collaborate with the latter for the rest of his life.

From 1985 onwards, Nick was instrumental to instilling new life in the field of Hmong studies in China, left dormant since the departure of Ruey Yih-Fu for Taiwan after the Revolution.

He did so first with his collection Ethnicity and Ethnic Groups in China (Chiao & Tapp ed., China U. of Hong Kong, 1989), and then with his monograph The Hmong of China: Context, Agency and the Imaginary (Brill, 2001). It was the first scholarly book in English on the Hmong in that country since the heydays of Western scholars and missionaries writing in the first half of the 20th century - which included Samuel Pollard, David Graham, and Ines de Beauclair among others. When one bears in mind that China is where three-quarter of the world's Hmong population still lives, this achievement takes particular significance.

Nick's genuine kindness and responsiveness was constantly praised by those who came to him for mentorship, often receiving from him a lot more than what they had even hoped for.

This lifelong dedication to mentorship was particularly visible in his commitment to texts that aimed primarily at informing the largest possible audience about who the Hmong are and why their story matters, for instance with the recent book Culture and Customs of the Hmong (Lee & Tapp, Greenwood, 2010). His opening chapter 'The state of Hmong studies (An essay on bibliography)' in the collection Hmong/Miao in Asia (Tapp et al., ed., Silkworm, 2004) also highlights this pledge to redirecting the light to others around him.

Nick felt deeply for the plight of the Hmong diaspora worldwide. He visited and was invited to almost every place where Hmong communities have taken roots in the wake of the social tragedies triggered by the First and Second Indochina Wars.

The last book he published and possibly his most intellectually sophisticated one, The Impossibility of Self: An Essay on the Hmong Disapora (Lit Verlag, 2010), is a vibrant testimony to his enduring solidarity with that repeatedly tested, yet utterly resilient community.

His last academic article, 'Of grasshoppers, caterpillars, and beans: A historical perspective on Hmong messianism', appeared in July 2015 in TRaNS; it is a telling example of what experience, curiosity and creative musings can produce when in the hands of a mature intellect. Nick was very keen to have this article published this year. I didn't quite get why. Presumably he did.

His soul has prematurely joined the realm of the ancestors. What more, we are left to wonder, could Nick have pulled from the wealth of his considerable knowledge to offer to Hmong studies and Hmong communities.

We will miss you Nick.

Jean Michaud is Professor of Anthropology at Université Laval.