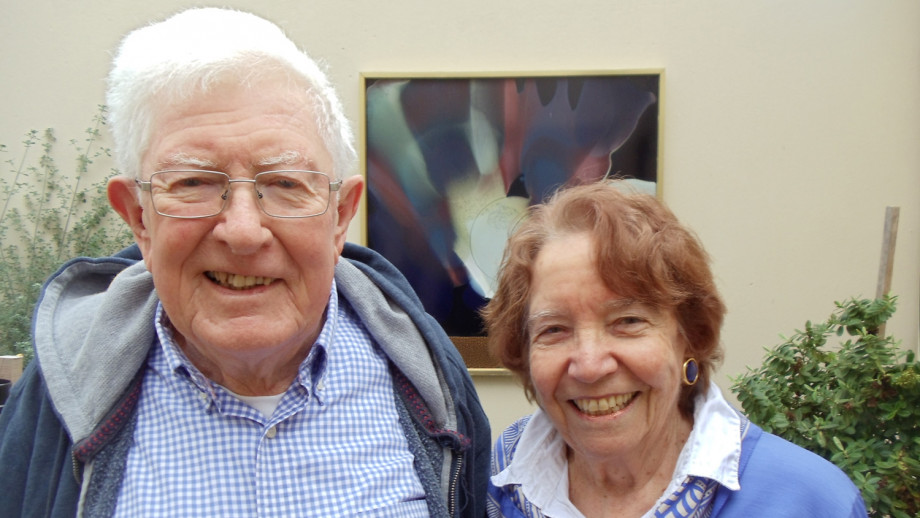 John and Kerry Lovering have a passion for science and wish to invest in the next generation of scientists.

Professor John Lovering AO, FAA, FTSE began his career as a student with the Australian Museum in Sydney whilst completing a BSc(Hons) at the University of Sydney.  Working as an assistant curator he completed an MSc (1953) and then went off to further his studies at Caltech in the USA.  He returned from USA to Australia in 1956 as a research fellow (1956-60), then fellow (1960-64), and finally senior fellow (1964-69) in Geophysics and Geochemistry at the ANU. This was the start of a distinguished career including the study of meteorites, moon rock and Antarctic research. From 1975 -1987 Professor Lovering was head of the School of Earth Sciences at the University of Melbourne, before becoming Dean of Science and Deputy Vice-Chancellor (Research). In 1987 the Loverings moved to Adelaide where Professor Lovering became Vice-Chancellor of Flinders University (1987 -1995) and later President of the Murray-Darling Basin Commission (1994-1999).

After graduating with a BSc(Hons) from University of Sydney, Ms Kerry Lovering OAM began her career as a geologist in what was a very male dominated industry.  Ms Lovering has been a lifelong activist for women's rights including convening the Women's Electoral Lobby. She has held many positions in an active career including public service, academia, science teacher and serving on local councils. Ms Lovering is a graduate of Sydney University, University of California (Los Angeles), Monash  University, and the University of Melbourne.