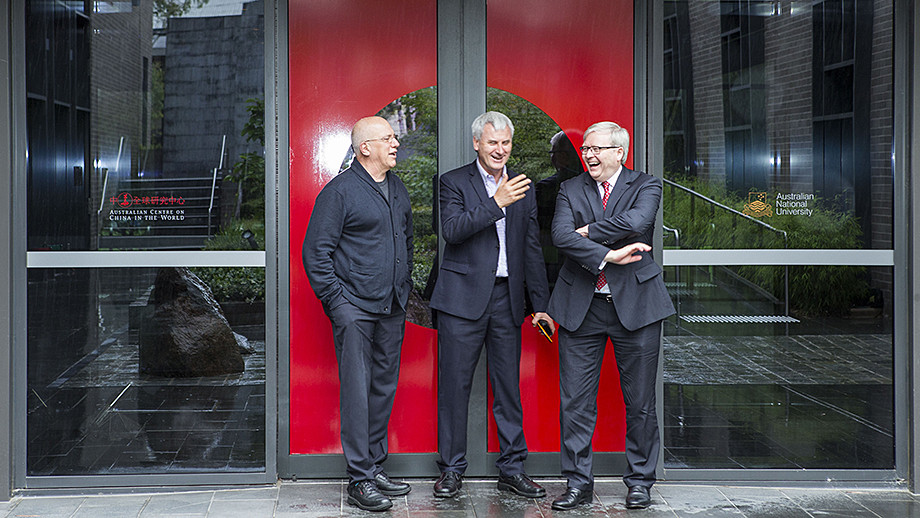 Former Prime Minister and ANU graduate the Hon Kevin Rudd has made a major donation to kick-start fundraising for a new ANU Professorial Chair to promote study and policies that will close the gap between Indigenous and non-indigenous Australians.

"To be blunt, whoever the future government of Australia happens to be, we want to keep the bastards honest," Mr Rudd said.

"We want to ensure the necessary data is collected to measure our success or failure in bridging the intergenerational gap of entrenched Indigenous disadvantage. This mission must continue beyond the passing seasons that we call politics."

Mr Rudd said the National Apology Foundation aimed to raise up to $5 million for the endowment.

"Today however I wish to announce I will be making an initial personal contribution of $100,000 to the Foundation to begin this fundraising campaign. As the song says, from little things, big things grow."

"The National Apology Chair will be a welcome addition to ANU and will build on the University's national leadership in research on Indigenous Australia," Professor Dodson said.

"Mr Rudd's donation is a tremendous act of generosity and wonderful start to the new Chair," Professor Harding said.

The Chair will be positioned to work across the University's specialist Aboriginal and Torres Strait Islander research units and schools.

In a defining moment of his time as prime minister, Mr Rudd in February 2008 formally apologised for the past mistreatement of Indigenous Australians, and particularly members of the Stolen Generation who were forcibly removed from their families.

The Foundation strives to sustain bipartisan support for the National Apology, and to monitor progress towards six key closing-the-gap targets, including the gap in life expectancy between Indigenous and non-Indigenous Australians, and halving the gap in mortality rates for Indigenous children under five by the year 2018.