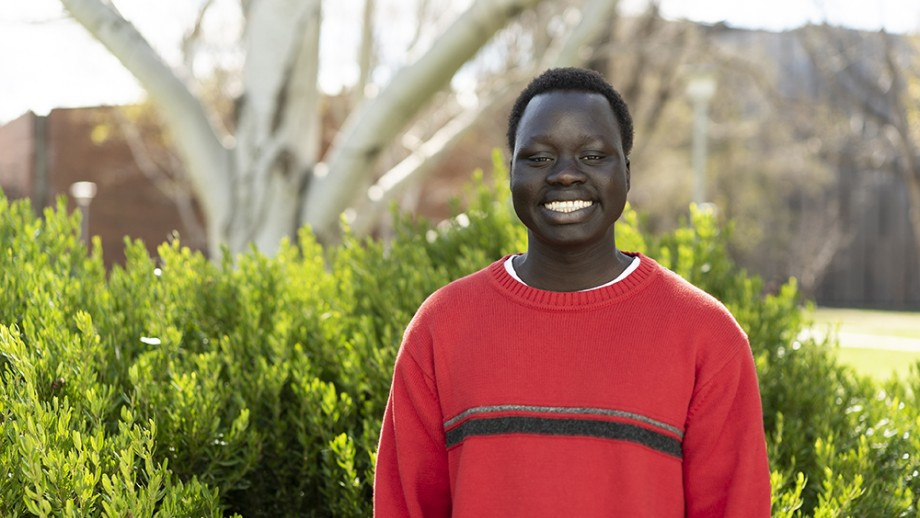 When Hans-Albert and Connie Bachor arrived in Australia from Germany in 1981, they found themselves in unfamiliar territory.

"We wanted to try all the Aussie cultural experiences," Hans remembers. "And learning how to eat a meat pie at a football match was a very interesting challenge for me! Eating it with your hands, and discovering it's boiling hot in the middle: something I never experienced in Germany!"

Twenty-six years later, Khamis Buol arrived in Australia as a nine year old from South Sudan. He remembers that the first Australian meal he ate was a Hungry Jacks burger.

"It was completely foreign to me," he says, laughing. "I didn't know how to eat it. I took off the bun and ate each piece of the burger one by one, separately."

This shared experience of fitting into a new, Australian home is what inspired Hans and Connie to establish a scholarship for refugee students, including Khamis.

"We arrived here, with no support system, so we know what it is like," Connie says. "But we came as immigrants. Refugees are in a much worse situation and, in our opinion, it doesn't help the way that the government treat them.

"So we wanted to establish a scholarship to give them easier access to university."

The Bachor Undergraduate Science Scholarship honours this commitment, while also celebrating Hans' 30-year contribution to science at ANU, where he established the discipline of experimental quantum optics at the ANU Research School of Physics and Engineering.

Khamis says the scholarship has helped him stay committed to his Bachelor of Science/Bachelor of Advanced Computing flexible double degree.

"The money from the scholarship has helped me buy a new laptop at a time when I was financially unstable. The computer I had before was from when I was in high school and had a small capacity. Because I was doing all these computer science courses that required software after software, it was dying.

"It has also helped me not be so reliant only on the bus for transport, so I can stay at uni studying longer."

Khamis says from the moment he deconstructed that Hungry Jacks burger he has wanted to fit into his new Australian home, and the education system.

"When I arrived, I could only speak a few words of English. I taught myself to read and write. I spent the summer holidays in primary school studying a year seven maths textbook I found at my auntie's house."

He says that getting ahead in maths after that summer provided him with "a pivotal moment" in his education.

"That was when I realised I could do this," he says. "It pushed me to study hard and get to where I am today."

Khamis says he's now motivated to be a positive role model to his younger brother and sister.

"I'm doing a human biology major and I use it as a tool to teach them all about the science of their bodies, which is something they can see and understand.

"I want to encourage them to come to university, because it gives you so many more options in life."

Hans says he's hoping to be a role model too. Not to future immigrants, but to future donors.

"Our science scholarship is a good start," he says. "But I would love to see other refugee scholarships in areas such as law and business studies, following suit."

Applications for the Bachor Undergraduate Science Scholarship are now open for 2019. To find out more about donating to ANU, please contact claudia.santangelo@anu.edu.au 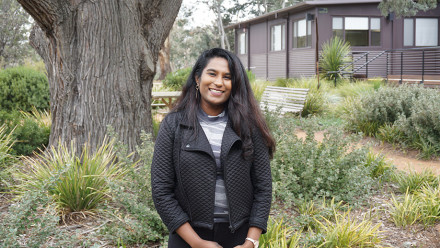 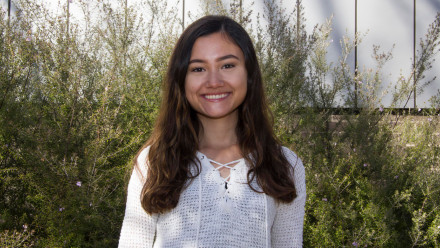 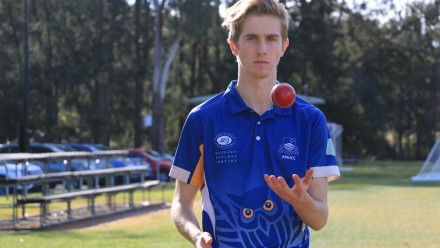