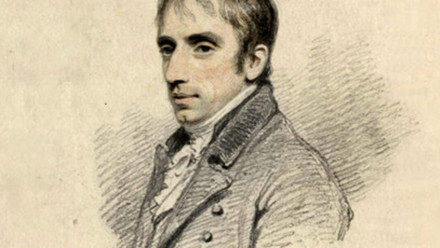 “MR WORDSWORTH’S genius is a pure emanation of the Spirit of the Age”, wrote the critic and journalist, William Hazlitt: “It is one of the innovations of the time. It partakes of, and is carried along with, the revolutionary movement of our age”. William Wordsworth has gone down in literary history as England’s first and (for some) the greatest of its Romantic poets, the celebrant of Nature (with a capital ‘N’) and chronicler of the French Revolution in his massive autobiographical poem, The Prelude. But Wordsworth hasn’t always had it his own way and during his own life time his work was critically savaged, extensively parodied, and sold very poorly. And when, later in his life, his reputation was rehabilitated, it was often, arguably, for the wrong reasons, for the radical Wordsworth, whom the younger generation of poets had looked up to, became conservative in his old age. This lecture considers the poetry of William Wordsworth as a “pure emanation” of the generation born in 1770.

Will Christie is Professor and Head of the Humanities Research Centre at ANU, Director of the Australasian Consortium of Humanities Research Centres (ACHRC), and a Fellow of the Australian Academy of the Humanities, where he was Head of the English Section from 2015 to 2018. He was founding President of the Romantic Studies Association of Australasia (RSAA) from 2010 to 2015 and his monograph, Samuel Taylor Coleridge: A Literary Life (2006), awarded the NSW Premier’s Biennial Prize for Literary Scholarship in 2008.