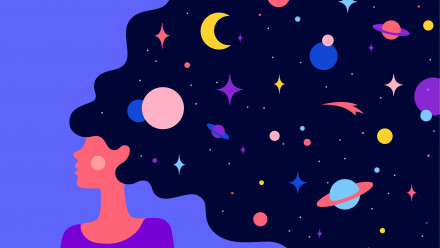 THIS EVENT IS PART OF WORLD SPACE WEEK

The Australian National University (ANU) and the ANU Institute for Space (InSpace) are marking World Space Week this year (4-10 October), with a suite of virtual events to introduce you to the challenges Australia faces in space and how they affect you.

Only 17% of Australia's STEM-qualified workforce are women. With the Australian space industry set to triple in size in the next ten years, what can we do to make sure women are included and that diverse viewpoints are commonplace in this growing sector?

We discuss this challenge with today's female leaders of the space industry.

Professor Anna Moore is at the forefront of the expansion of Australia's space industry. She is director of the ANU Institute for Space (InSpace), the Advanced Instrumentation and Technology Centre and the National Space Test Facility at the ANU Mount Stromlo Observatory. Professor Moore was part of the expert reference group that created the Australian Space Agency. She is a world-leading expert in astronomical instrumentation and a global leader in the emerging field of transient infrared astronomy. Her expertise is critical to the space industry in Australia, NASA, the Scientific Committee on Antarctic Research, and other global space industry partners.

Michelle Gilmour is the Director of Communications at Gilmour Space Technologies, a leading Australian space company that's developing a new breed of hybrid rockets that will launch small satellites to space. She was a senior vice president at a global bank in Asia before deciding that SPACE would be her next frontier. Today, Michelle is part of the growing team at Gilmour Space who are working tirelessly to launch Australia's first rockets to orbit from 2022.

Flavia Tata Nardini began her career at the European Space Agency as a Propulsion Test Engineer. She then joined TNO, the Netherlands Organisation for Applied Scientific Research to work on advanced space propulsion projects. In 2015, Flavia co-founded Fleet, a connectivity company set to maximise the resource efficiency of human civilisation through low cost, low power remote massive IoT. Fleet launched four of over 100 planned nanosatellites in 2018, enabling the next industrial revolution with a free, ubiquitous connectivity platform.

Aude Vignelles is the Executive Director, Program and Capability, of the Australian Space Agency. As part of the senior executive team, Aude leads and is responsible for writing the civil space strategy roadmaps, scoping and managing the Agency's space programs and delivering on domestic and international activities. She provides an in-depth understanding of the national and international space industry, program management expertise and a breadth of space science or systems engineering skills. Prior to this role, Aude was the National Manager, Satellite Operations at nbn and held senior and executive roles within Foxtel, Austar, Telstra, and Technicolor.