» Events » The state of Australian politics

The state of Australian politics 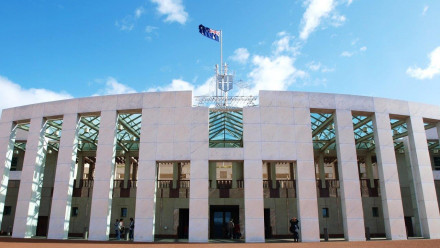 As we enter the 2019 election race, what is going on behind the scenes in Australian politics? With six different Prime Ministers in the past 11 years, have we lost trust in our political leaders? What does the future hold for Australian Democracy?

Moderated by: Catherine McGrath, one of Australia's most respected political journalists.

Dr Katrine Beauregard is a lecturer in the School of Politics and International Relations. Her work focuses on political behaviour, and why people vote the way they do. She is particularly interested in gender gaps when it comes to political participation and the factors that influence this, as well as how political institutions can be used to include marginalised groups in the political process. She is also researching public opinion towards women in politics and the consequences of gender quotas on citizen political behaviour and political parties. Katrine holds a PhD in political science. Her dissertation investigated political institutions, and how they provide incentives or barriers that affect political participation.

Professor Frank Bongiorno AM is the Head of the School of History at ANU and is an Australian labour, political and cultural historian. His books include The Eighties: The Decade That Transformed Australia; The People's Party: Victorian Labor and the Radical Tradition 1875-1914; and The Sex Lives of Australians: A History. He was co-editor of Elections Matter: Ten Federal Elections that Shaped Australia. Frank is a regular contributor to the media, especially Inside Story and The Conversation. He has also written for Australian Book Review, The Times Literary Supplement, the Monthly, the Australian and Fairfax Media, and has appeared on The Drum. Prior to joining the Australian National University, he lectured at King's College London. He is a Fellow of the Academy of Social Sciences in Australia.

Dr Andrew Hughes is a lecturer in marketing in the Research School of Management, where he teaches at undergraduate and postgraduate levels. In 2017 he was awarded a competitive grant to understand how political engagement varies in different cultures and systems around the world. His research into roadside signs in election campaigns has already been used to change campaign laws in the ACT. His latest book, Market Driven Political Advertising, was one of the first to examine the role of organisations like Cambridge Analytica in political marketing campaigns. His areas of research span strategy, the role of stakeholders in strategy, emotions in advertising and marketing, consumer culture, public policy, political leadership, and sports marketing. Connect with him on Twitter @marketingandrew.

Associate Professor Fiona Jenkins is a philosopher at the Centre for Moral, Social and Political Theory.  Fiona's current research focus is the 'constitutional imaginary' - ways in which national identity is evoked as a basis for order, and the question of how that can become more mobile and progressive. She also actively researches gender equality, particularly in universities, but with a wider reach to problems of gendered violence and of women in leadership. She has worked closely with Federal Government agencies and non-government organisations on these issues. Fiona has been actively involved with the Gender Institute at ANU as the convenor (2013-2015) and is a strong advocate for women across all facets of public life. Fiona holds a D.Phil from Oxford University. Her edited books include Allegiance and Identity in a Globalised World (Cambridge 2014) and Women in Philosophy: What Needs to Change? (Oxford 2013).

Mark Kenny has joined ANU after a high-profile career in journalism, culminating in 6 years as chief political correspondent and national affairs editor of The Sydney Morning Herald, The Age, and The Canberra Times. Throughout his career Mark has covered bilateral talks around the world, as well as summits such as APEC, G20, G8, ASEAN/East Asia Summit, NATO, and the infamous Copenhagen climate talks in 2009. Kenny was made a Visiting Fellow at ANU in 2018 before taking up a full-time academic post as Senior Fellow with the Australian Studies Institute in January, 2019.  His research interests include national politics, comparative studies, democracy in flux, and the threat of populism. A regular columnist, he is also a sought after commentator on radio and television programs across the country.

Catherine McGrath is a giant of the Australian media and a well-known Canberra identity, keynote speaker, MC, writer and businesswoman. Catherine spent 30 years reporting for the ABC and SBS in both Australia and overseas. She was political editor for both public broadcasters and was the ABC's South East Asia Correspondent based in Singapore. Catherine covered her last federal election campaign in 2016 and has gone onto open an event, speaking and training business Catherine McGrath Media. She is the founder of #WomenSpeaking a program designed to train more women to speak at conferences and events Australia wide. In 2001 Catherine was awarded the Centenary of Federation Medal for Services to Society through Journalism. Twitter @CathMcGrath 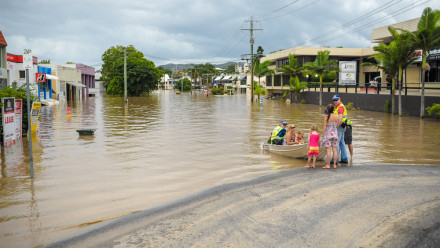 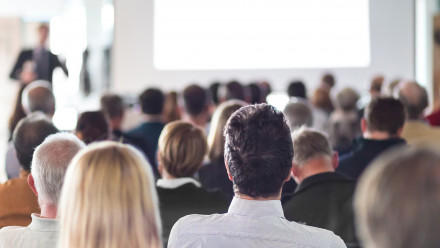 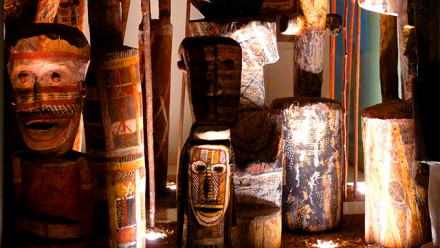