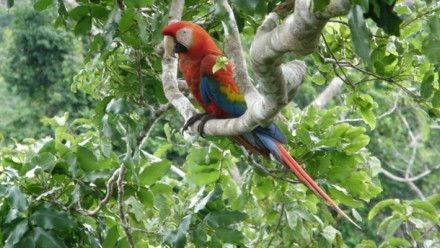 Join us for a special screening of the The Macaw Project, a documentary about Macaw conservation research filmed in the Peruvian tropical rainforest.

This visualy stunning documentary was made with the aim to direct public attention towards the problems that macaws and other creatures face in their natural habitat and the importance of scientific conservation research in this region.
The Macaw Project differs from previous nature documentaries as it is filmed mainly by the researchers themselves; something that is rarely seen on the screen.

The event will be hosted by ACT Scientist of the year 2016, Dr Ceridwen Fraser, and opened by the ambassador of Peru and former Chairman of the United Nations Commission on Science and Technology for Development, His Excellency Mr Miguel Palomino De La Gala.

Refreshments (Peruvian food) on arrival from 6-6.30pm. Peruvian cocktails will also be available for purchase.

Official homepage of the documentary: www.macawmovie.com

Donation to the project via on-demand crowdfunding site: http://igg.me/at/macawmovie