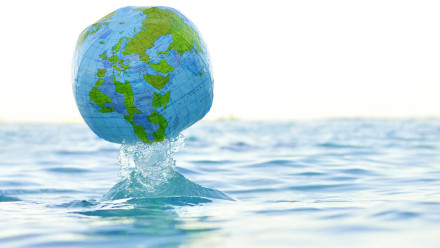 It has been almost three years since the world came together to draft the Paris Climate Agreement (in December 2015). So how are international efforts to meet its goals progressing?

This year Fiji and Poland are presiding over the 'Talanoa Dialogue', a global forum to reflect on progress and climate action solutions. This dialogue has comprised of events around the world where experts, civil society and governments have come together to share their stories, including a day of discussion at the recent United Framework Convention on Climate Change (UNFCCC) negotiation session in Bonn.

At this public lecture, you will hear reflections from Australian and international climate leaders on how we can best meet the challenges of implementing the Paris Agreement. Then a panel of experts from civil society will discuss their stories and experiences, followed by an audience Q&A session.

H.E. Mr Luke Daunivalu took up his appointment as Fiji's High Commissioner to Australia on 16 July 2018. Prior to his current appointment, Mr Daunivalu was posted at Fiji's Permanent Mission to the United Nations as Ambassador and Deputy Permanent Representative from 2016. Mr Daunivalu was Chief Negotiator for Fiji at COP23, for which Fiji held the Presidency, and has considerable experience with the processes of the United Nations Framework Convention on Climate Change.

Mr Patrick Suckling was appointed Australia's Ambassador for the Environment in January 2016. He is responsible for promoting and protecting Australia's national interests on global environmental issues, including through leading Australia's negotiations under the United Nations Framework Convention on Climate Change. Prior this appointment, Ambassador Suckling was Australia's High Commissioner to India and Ambassador to Bhutan. He has served in Washington and been an adviser to the Minister of Foreign Affairs.

Mr Rafal Jarosz is currently working at the Embassy of the Republic of Poland in Canberra as the First Counsellor responsible for economic affairs. Before joining the Embassy, Mr Jarosz served in Washington in Trade and Investment. He received his Ph.D. in economics from the Warsaw School of Economics in 2011 and has written extensively on transatlantic affairs, international economics and energy geopolitics.

Dr Jayne Curnow is an anthropologist with more than 15 years of international leadership experience spanning the water, agricultural, natural resource management, legal, economic, and health sectors. Jayne is a Visiting Fellow at the Australian National University, College of Asia & the Pacific. A Director on the Board of Volunteering and Contact ACT and graduate of the Australian Institute of Company Directors, Jayne is skilled at weaving the cross-cutting priorities of governance, gender equity, adult education and training into core business. Currently at the Australian Centre for International Agricultural Development (ACIAR), Jayne is the Research Program Manager for Social Sciences (formerly known as Agricultural Systems Management). She chairs the Gender Committee and led the development of the ACIAR Gender Equity Strategy and Policy encompassing corporate business and research programs. She has direct oversight of a portfolio investing in collaborative research projects between Australian researchers and country partners in PNG, Fiji, Tonga, Cambodia, Laos, Myanmar, Philippines, Vietnam and Sri Lanka. Jayne is fluent in Bahasa Indonesian and Malay, with extensive experience and networks across Asia and the Pacific.

Dr Amrita Malhi is a Visiting Fellow in the Coral Bell School of Asia Pacific Affairs, where she works on histories and politics of Muslim movements in Southeast Asia, especially in Malaysia and its broader inter-Asian contexts. Amrita is also Development Economics Advisor at the Australian Council for International Development, where she works on climate change, human security and development futures. Amrita is working on a range of projects including a book manuscript on an anti-colonial forest uprising in 1920s Malaya, and a project with social enterprise 'Cultural Infusion' on the politics and ethics of computerised data tools aimed at managing diverse populations.

Ms Rachel England is an environmental scientist with a passion for qualitative research methodologies, decolonising research, and sustainability practices. Her other particular interests are sociology, biocultural diversity, gender studies, and science communication. Since 2002, she has worked for the Australian Quarantine & Inspection Service (AQIS) (policy development and plant pest risk assessments), AusAID (science capacity building in Samoa), Australian Department of Defence (Defence Force training area/base environmental management), and private sector environmental consulting (for a range of government and non-government clients). In early 2016, she started her PhD where she is learning from Indigenous peoples (mostly women) how they be, know and do sustainable living.

Professor Mark Howden is the Director of the Climate Change Institute at the Australian National University. He has worked on climate variability, climate change, innovation and adoption issues for over 30 years in partnership with farmers, farmer groups, catchment groups, industry bodies, agribusiness, urban utilities and various policy agencies via both research and science-policy roles. Mark has over 420 publications of different types. He has been a major contributor to the IPCC 2nd, 3rd, 4th, 5th and now 6th Assessment reports and various IPCC Special Reports, sharing the 2007 Nobel Peace Prize with other IPCC participants and Al Gore. He has also developed the national (NGGI) and international (IPCC/OECD) greenhouse gas inventories for the agricultural sector and has assessed sustainable methods of reducing net greenhouse gas emissions. Mark participates in several national and international science and policy advisory bodies.

This event is co-hosted by the Department of Foreign Affairs and Trade and the ANU Climate Change Institute.

There will then be a Q&A discussion with the audience, followed by refreshments. 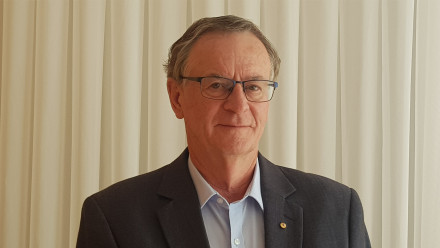 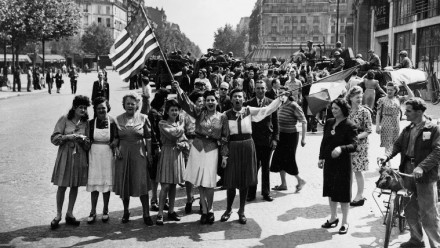 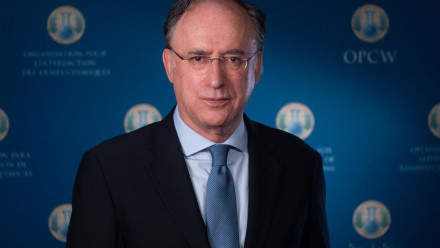