» Events » Resolving crisis in the Middle East: an Iranian perspective

Resolving crisis in the Middle East: an Iranian perspective 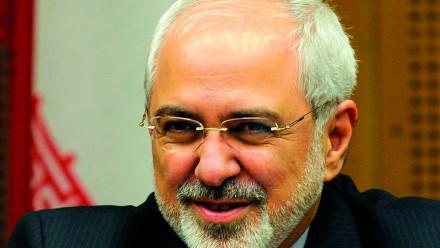 WE REGRET THAT THIS EVENT IS NOW FULLY BOOKED AND WE ARE UNABLE TO TAKE ANY FURTHER BOOKINGS.

Iran is playing an increasingly important role in combating terrorism and working for peace and security in the Middle East.

In his only public address in Canberra, Iran's Foreign Minister, Mohammad Javad Zarif, will discuss Iran's foreign policy and its role in combating terrorist groups, such as 'Islamic State' or DAESH.

Dr Zarif will also address the key issues affecting the region, including the conflicts in Syria, Iraq and Yemen.

Dr Zarif has a PhD in International Law and Politics from the University of Denver. He is a career diplomat and academic who has held various significant diplomatic and cabinet posts since the 1990s. As Foreign Minister he has led negotiations with P5+1 countries in resolving the dispute over the Iranian nuclear program, resulting in the lifting of the economic sanctions against Iran on 16 January 2016.

Many well-known international figures and observers have described the nuclear deal as a triumph of diplomacy and a major historical achievement.

IMPORTANT INFORMATION ABOUT THIS EVENT

Limit one ticket per person

Photographic identification is required at point of check-in

No bags will be permitted inside venue - bags may be checked on arrival. Limited cloak room facilities will be available. ANU accepts no responsibility for cloaked items.