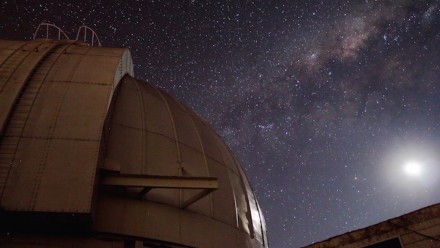 Mount Stromlo Observatory in conjunction with the Canberra Astronomical Society invite the Canberra community to attend our public observing nights of 2016. Come and see the rings of Saturn, the craters of the moon as well as beautiful star clusters and nebulae. On the night attendees will be taken on a ‘tour of the universe’ with talks by astronomers from Mt. Stromlo Observatory, including Professor Brian P. Schmidt, current Vice-Chancellor of ANU, and observations on several telescopes.

Professor Brian P. Schmidt is a Laureate Fellow at the Research School of Astronomy and Astrophysics and is one of the recipients of the 2011 Nobel Prize in Physics. This was awarded for the discovery that the Universe is currently undergoing a period of accelerated expansion; a discovery done using exploding stars called supernovae. In 2016, he was appointed the 12th Vice-Chancellor of ANU.

In the event of cloudy/bad weather, star gazing will be cancelled (the talks will occur regardless of the weather). You can check out the weather at Mt Stromlo using our all sky camera: http://rsaa.anu.edu.au/observers/observing-rsaa/mount-stromlo-all-sky-ca...