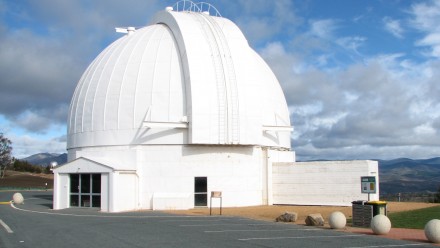 Its history includes designing optical munitions during the Second World War, weathering two devastating bushfires and earning one Nobel Prize. Come along and learn about the history, the science, and the future of Mount Stromlo Observatory.

As most of the tour is outdoors, we recommend bringing a sun hat and water as well as a warm jacket.