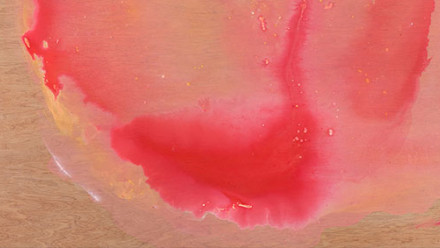 This small pop up show will exhibit recent works from Leeanne Crisp which draw on a poetic sympathy with Sidney’s Nolan’s Riverbend 1964-65. Crisp handles her subjects with thoughtful refinement to reach the point of abstraction. Composing with elements inspired by forms seen in the natural world, Crisp’s bold approach to colour and vibrancy brings an intensity to the undertone of delicate emotionality. Crisp engages with the idea of a masculine/feminine binary in an artist’s handling of materials and draws our attention to similarities rather than distinctions. There is a pervasive sensuality to her paintings and watercolour drawings which lends to introspective contemplation as we ‘sit with’ the works. It is as though the works ‘hold’ us in a visual embrace.

Leeanne Crisp has been working as a visual artist in Canberra since 1975. Her work has been a process of composing with elements of the seen world and elements drawn from her experiences. Themes include place and belonging, the body and sexuality, and colour and meaning. The painter Tim Johnson, described her as a “psychological realist”.

Crisp’s Career highlights include being in the Dobell, Archibald and Portia Geach Prizes and her work can be seen in the National Portrait Gallery (Marion Halligan and Gay Bilson) and the National Library of Australia (artists books for Judith Wright and Kate Lewellyn). She has won the ANU drawing prize, the Tuggeranong Art Prize and the BDAS Watercolour Prize.

Leeanne will also give an exclusive artist talk on her work at our Friends of the Drill Hall Gallery members evening on Friday 31 May. See our website and Facebook page for more details.