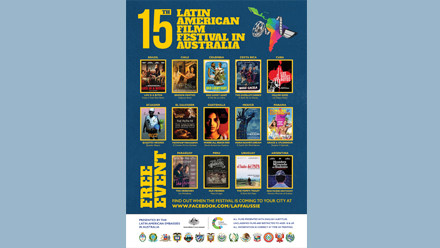 Now in its 15th consecutive year, the Latin American Film Festival in Australia (LAFF) returns with a selection of 14 movies representing Latin America at its finest.

The Embassies of Argentina, Brazil, Chile, Colombia, Costa Rica, Cuba, Ecuador, El Salvador, Guatemala, Mexico, Panama, Paraguay, Peru and Uruguay have partnered once again to bring the biggest festival of its kind to cities throughout the country. This year, LAFF will reach 12 of them, including many in regional Australia.

Latin American cinema, a source of great talent, vivid colours and rich stories, is still underrepresented in Australian screens. LAFF provides an opportunity to reach the Australian public through the universal language of film. Furthermore, in keeping with the spirit of LAFF as a not-for-profit event, all of our screenings are free of charge and open to the public.

In many cities, the opening of LAFF is an opportunity to bring the community together with Latino-flavoured events, and to acknowledge and celebrate the contribution of Latin American communities to Australian multiculturalism. As a vibrant region with growing ties to Australia, Latin America also relies on cinema to remind Australians of our shared love of stories and our common values. LAFF is organized in the belief that cinema is one of the best tools to foster mutual knowledge.

LAFF receives the very generous support of  the Council on Australia Latin America Relations (COALAR), as well as our numerous sponsors throughout Australia, including universities, clubs, and members of the Latin American communities and their friends.

more information about this event

Sorry. No events are currently scheduled. 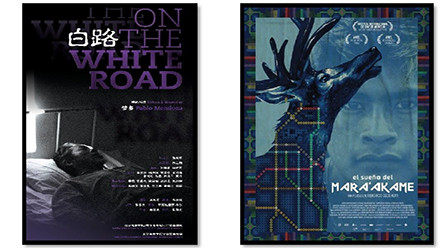 Mexican Double Film Feature »
The Embassy of Mexico, with the generous support of the ANU Film Group, would like to...
Page owner: ANU Communications & Engagement