» Events » In conversation with Tim Flannery

In conversation with Tim Flannery 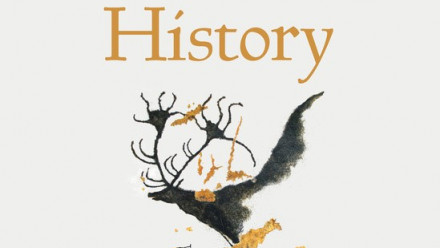 Tim Flannery will be in conversation with David Lindenmayer about Tim's new book, Europe: A Natural History.

About 100 million years ago, the interaction of three continents-Asia, North America and Africa-formed the tropical island archipelago that would become the Europe of today, a place of exceptional diversity, rapid change and high energy.

Europe: A Natural History is full of surprises. Over the millennia Europe has received countless immigrant species and transformed them. It is where the first coral reefs formed. It was once home to some of the world's largest elephants. And it played a vital role in the evolution of our own species.

When the first modern humans arrived in Europe 40,000 years ago, they began to exert an astonishing influence on the continent's flora and fauna, and now, Europeans lead the way in wildlife restoration-there are more wolves in Europe today than in the USA.This enthralling ecological history is more than the story of Europe and the Europeans, it will change our understanding of life itself.

Tim Flannery is one of Australia's leading thinkers and writers. An internationally acclaimed paleontologist, explorer and conservationist, whose books include the award-winning international bestseller The Weather Makers, The Future Eaters, Here on Earth and Atmosphere of Hope. He is currently chief councillor of the Climate Council and is the University of Melbourne's Professorial Fellow in the Melbourne Sustainable Society Institute. Tim was Australian of the Year in 2007.

Professor David Lindenmayer AO is a Professor of Ecology and Conservation Biology at the Australian National University's Fenner School of Environment and Society. He is an Australian Research Council Laureate Fellow and a member of the Australian Academy of Science.  His areas of expertise include forests, woodlands, wildlife and biodiversity conservation and ecologically sustainable natural resource management including in forestry and agriculture. David's work on wildlife conservation and biodiversity has been recognised through numerous national and international awards, including the Eureka Science Prize (twice).

The vote of thanks will be given by Professor Saul Cunningham, Director, Fenner School of Environment and Society, ANU.