In conversation with Michelle Grattan AO 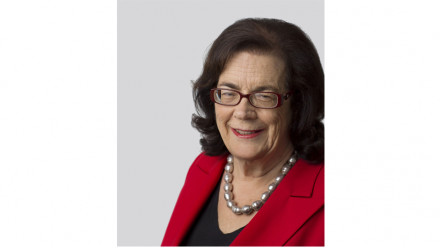 Michelle Grattan AO will be in conversation with Peter Martin for the national launch of a major new publication from Melbourne University Press and The Conversation.

Advancing Australia: Ideas for a Better Country, edited by John Watson and Amanda Dunn, brings together new essays by eminent Australian authors addressing the issues that matter in the lead up to the 2019 election.

Politics in Australia is in a dire state. The Coalition government is led by its third prime minister in four years, two of whom were toppled by their own party. Before that, the Labor government ousted two prime ministers. Voters' trust in politicians is at an all-time low, there is policy inertia on key issues, and ideology and internal politics too often trump good government. We have the diagnosis, but what's the cure?

In this collection of essays, the country's best academic minds look at the key issues and chart a way forward. They examine how Australia's taxation system could be fairer; the priorities in progressing Indigenous Australians' rights; the absurdity of the constant 'left versus right' debate; how to fix private health insurance; and how to settle the conflict between population and migration policies. Here are innovative and bold ideas to advance Australia to help change the public conversation.

Michelle Grattan AO is one of Australia's most respected political journalists and a former editor of the Canberra Times. She has been held positions with the Australian Financial Review, the Sydney Morning Herald and as Political Editor of The Age. Michelle currently has a dual role, as Professorial Fellow at the University of Canberra and as Chief Political Correspondent at The Conversation.

Peter Martin is Business and Economy Editor of The Conversation and a visiting fellow at the Crawford School of Public Policy at the ANU. A former Commonwealth Treasury official, he has worked as economics correspondent for ABC radio and as economics editor of The Age.

Professor Frank Bongiorno AM, Head of the ANU School of History and one of the contributors to the book, will give the vote of thanks.