» Events » In conversation with Grant Edwards

In conversation with Grant Edwards 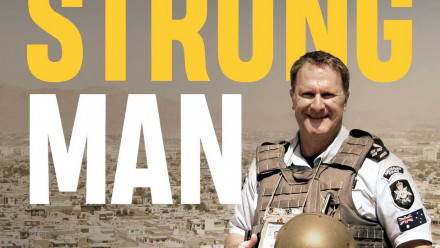 Grant Edwards will be in conversation with Genevieve Jacobs on Grant's memoir, The Strong Man, a powerful story of life under fire and one man's journey back from the brink.

But he found his true calling with the Australian Federal Police, rising swiftly through the ranks to Commander and personally establishing cybercrime units to fight child exploitation and human trafficking. A highly decorated officer, sought after and disciplined security advisor for governments around the world, such as East Timor, Afghanistan and the Americas, Edwards was considered the last person to 'crack' - but a narrow escape from a deadly attack in Kabul pushed him to breaking point.

Edwards spent decades protecting vulnerable people around the world. But nothing could shield him from catastrophic harm in the line of duty. This is the story of an extraordinary man and his extraordinary battle back from the brink and who shaped the AFP's approach to dealing with mental illness.

"It is compelling, at times it is frightening, and at times sad. But it is also a wonderfully good read." Andrew Colvin, Commissioner of the Australian Federal Police

Genevieve Jacobs has been a journalist for 30 years, working in print and radio. She is the former Mornings presenter for ABC Canberra and now group editor for Region Media. She chairs the Arts Minister 's Creative Council and co-chairs the Reconciliation Council, and sits on the board of the Cultural Facilities Corporation as well as a number of other directorships. She has an enduring interest in building and strengthening community engagement.

Andrew Colvin, APM, OAM, AFP Commissioner will give the vote of thanks.