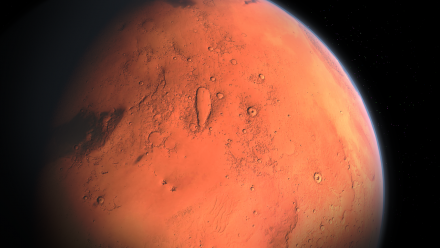 THIS EVENT IS PART OF THE 50TH ANNIVERSARY CELEBRATION OF APOLLO 11'S LANDING ON THE MOON. MORE DETAILS ABOUT MOON WEEK AT ANU IN JULY HERE

Finish off the Moon Week Film Festival with the box office hit The Martian, starring Matt Damon as an astronaut who must struggle to survive on Mars after being left behind by his crew. ANU Professor Penny King and NASA research scientist Dr Abigail Fraeman will introduce the movie and chat about their own experiences with Mars.

Dr Abigail Fraeman is a planetary scientist at NASA's Jet Propulsion Laboratory in Pasadena, California. Her research focuses on using orbital and rover data to understand the history of Mars and other rocky bodies in our Solar System. Dr Fraeman is a participating scientist on the Mars Science Laboratory Curiosity mission, and was the deputy project scientist for the Mars Exploration Rovers Spirit and Opportunity.

Professor Penny King is a geochemist at ANU who studies the surfaces of planets and reactions between gases, liquids, and rocks in the Solar System.  She was a Science Co-Investigator on the Mars Science Laboratory mission.

Presented in partnership with the ANU Film Group and ACT Government.