Australia’s first diplomatic representive, or Minister, to China, Frederic Eggleston arrived in the wartime capital of the Republic of China, Chungking in October 1941 — less than two months before Japan’s attack on Pearl Harbour and the onset of the Pacific War. While many foreign diplomats were preoccupied with events in Europe, Eggleston endeavoured to draw attention to the Pacific conflict; he anticipated a postwar future in which China would emerge as a major Asian power. During his time in Chungking he engaged with many noted intellectuals, supported art exhibitions and encouraged academic exchanges between Australia and China.

When The Australian National University (ANU) was established in August 1946, Eggleston was made a member of the university's Interim Council, which was charged with planning the new university. He was a strong advocate of the need for a department of Chinese Studies in the Research School of Pacific Studies — today’s College of Asia & the Pacific. The economist Douglas Copland served as Australia’s second Minister to China from March 1946 until March 1948. Acting on Eggleston’s behalf Copland approached some of China’s most distinguished scholars, hoping that one might be pursuaded to help establish Chinese Studies at ANU, but the ensuing civil war ultimately frustrated these efforts. Returning to Canberra in 1948 to become the first Vice-Chancellor at ANU, Copland invited the English historian of China, CP FitzGerald, whom he had met in China, to come to undertake a lecture tour in Australia.

After touring leading Australian universities, FitzGerald accepted an appointment as a Visiting Reader in Oriental Studies at ANU, among other things, he was given the task of acquiring the first major collection of Chinese books to be held at any Australian tertiary institution. He recommended that ANU purchase the library of the renowned Chinese scholar and writer, Hsu Ti-shan 許地山, which became the foundation for what is today the Menzies Library Chinese Collection. FitzGerald’s appointment as foundation Professor of Far Eastern History in 1953 marked the beginning of a strong tradition of Chinese Studies at ANU.

This lecture will include visual materials taken from a range of public and private archives, including those of the National Library of Australia, the National Archives of Australia, the National Film & Sound Archives, the Department of Foreign Affairs and Trade and the ANU Archives. The lecture will also serve as an introduction to the upcoming exhibition 'China & ANU — Diplomats, Adventurers, Scholars', which will be on at the CIW Gallery, 28 May — 18 September, 2015.

Join us for a tour of the award-winning China in the World Building, designed by the Beijing based architect Gerald Szeto. A selection of Chinese tea be served in the Tea Room at the end of the tour.

William Sima is a tutor in the ANU College of Asia & the Pacific and a research officer at the Australian Centre on China in the World, where he is also undertaking doctoral studies. He co-edited with Christopher Rea China Heritage Quarterly Nos. 30/31 (June — September 2012) on The China Critic 中國評論週報.

This lecture is part of the 2015 Canberra and Region Heritage Festival, titled ‘Conflict and Compassion’ to mark this ANZAC centenary year. 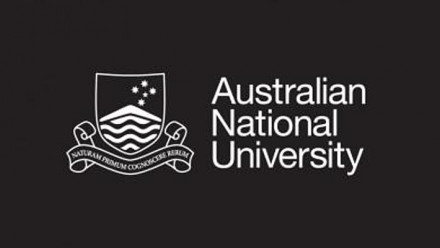