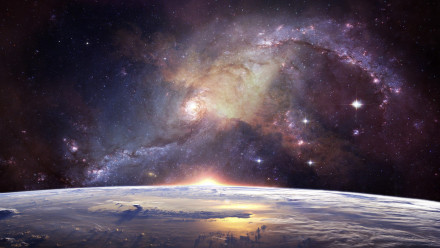 THESE EVENTS ARE PART OF THE 50TH ANNIVERSARY CELEBRATION OF APOLLO 11'S LANDING ON THE MOON. MORE DETAILS ABOUT CANBERRA MOON WEEK AT ANU IN JULY HERE

Enjoy a series of free film screenings of the space genre favourites to blast off Canberra Moon Week.

The Moon Week Film Festival blasts off with Pixar's Oscar-winning 2008 animated masterpiece! In the distant future, a waste-collecting robot named WALL-E spends his days tidying up the abandoned planet, believing he's the last robot on Earth.

Two young brothers play a mysterious board game they find in the basement of their house and find themselves magically teleported into outer space. There, they encounter a stranded astronaut who attempts to help them return home. This 2005 sci-fi adventure is directed by Jon Favreau (Iron Man) and features actors Josh Hutcherson and Kristen Stewart in early starring roles.

Take a guided tour around Canberra's space and Moon sites. Guests will be able to see, touch, and even walk on the Moon. Stops will include Mt Stromlo Observatory, NASA's Tidbinbilla Tracking Station, the old Honeysuckle Creek Tracking Station, and Geoscience Australia.

Ryan Gosling stars as astronaut Neil Armstrong in director Damien Chazelle's (La La Land) acclaimed, award-winning 2018 biographical drama. The film follows Armstrong and the trials and tribulations he endured in the years leading up to the legendary Apollo 11 mission, which saw him become the first man to walk on the Moon on July 20, 1969.

Head back in time to the year 1969 with this Canberra premiere screening of this critically acclaimed 2019 documentary chronicling the Apollo 11 mission. Thrillingly told using never-before-seen archival footage and audio recordings, this film takes you straight into the heart of NASA's most celebrated mission, the first to land humans on the Moon.

Sam Neill stars in this 2000 comedy-drama that takes a semi-fictionalised look at the days before the Apollo 11 space mission in 1969, as a team of Australian technicians work alongside NASA to transmit live images of the moon landing around the world. Based on events that took places at the Parkes Observatory and the Honeysuckle Creek Tracking Station near Canberra.

Finish off the Moon Week Film Festival with the box office hit The Martian, starring Matt Damon as an astronaut who must struggle to survive on Mars after being left behind by his crew. ANU Professor Penny King and NASA research scientist Dr Abigail Fraeman will introduce the movie and chat about their own experiences with Mars.

Presented in partnership with ANU Film Group and ACT Government.