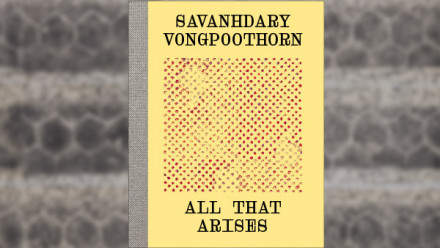 Join the artist in conversation with guest curator, Chaitanya Sambrani and Jackie Menzies on Friday at 12 noon.

Jackie Menzies is Emeritus Curator of Asian Art at the Art Gallery of New South Wales. She has been responsible for many significant Asian exhibitions and catalogues, including 'INDIA: Dancing to the Flute' (1997), 'MODERN BOY, MODERN GIRL, Modernity in Japanese Art 1910-1935' (1998), 'BUDDHA, Radiant Awakening' (2001) and 'GODDESS, Divine Energy' (2006). 'The Asian Collections' (2003), which she edited, was awarded 'Best Book of the Year' 2003 by the Power Institute and the Association of Art Historians of Australia and New Zealand.

Chaitanya Sambrani is an art historian and curator with special interests in modern and contemporary art in Asia. He has a first class MA (Fine) in Art Criticism from the Faculty of Fine Arts, M.S. University, Baroda, and a Ph.D. in Art History and Curatorship from the Australian National University. His work has been featured in major publications, exhibitions and conferences in Australia, India, China, Korea, Singapore, and the USA. His recent curatorial projects include To Let the World In: Narrative and Beyond in Contemporary Indian Art (Chennai, 2012),Place.Time.Play: Contemporary Art from the West Heavens to the Middle Kingdom (Shanghai, 2010) and Edge of Desire: Recent Art In India(Perth, New York, Mexico City, Monterrey, Berkeley, New Delhi, Mumbai 2004-07).