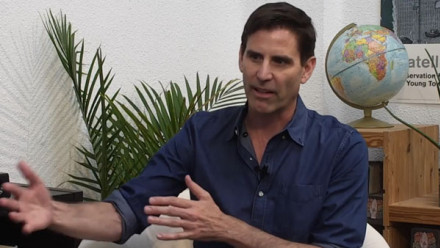 Transitioning the world to 100% clean, renewable energy, and how the U.S. election will affect the transition

Global warming, air pollution, and energy insecurity are three of the greatest problems facing the world. This talk discusses technical and economic roadmaps designed to address these issues and how the outcome of the U.S. election will affect the implementation of the roadmaps.

If put in place, the roadmaps will substantially eliminate global warming and 7 million annual air pollution deaths while creating jobs and reducing energy costs, catastrophic risk, and international conflicts over energy. The plans call for converting the energy infrastructures of homes, cities, countries, and the world to those powered by 100% wind, water, and sunlight (WWS) for all purposes (electricity, transportation, building heating/cooling, and industry). To date, roadmaps have been developed for 50 U.S. states, 127 international cities, and 143 countries. Results indicates the grid can remain stable at low cost in each of 24 world regions encompassing 143 countries with these roadmaps. The talk also discusses policies and laws in place to date, public opinion, and what is still needed to transition fully. For further details see http://web.stanford.edu/group/efmh/jacobson/Articles/I/WWS-50-USState-pl...

Mark Z. Jacobson is Director of the Atmosphere/Energy Program and Professor of Civil and Environmental Engineering at Stanford University. He joined Stanford’s faculty in 1994. His seeks to understand air pollution and global warming problems and develop large-scale clean, renewable energy solutions to them. He has published three textbooks and 165 peer-reviewed articles. He has received awards in 2005 and 2013 for his work on black carbon climate impacts. He has received awards in 2013 (Global Green Policy Design Award), 2015 (PNAS Cozzarelli Prize), 2018 (Judi Friedman Lifetime Achievement Award), and 2019 (Apolitical) for his work on energy. He has served on a committee for the U.S. Secretary of Energy, given a TED talk, appeared on the David Letterman Show, and cofounded The Solutions Project. His work is the scientific basis of the U.S. Green New Deal energy plan, and 100% renewable energy laws worldwide.

We will welcome your questions via the Zoom Q&A.

If you cannot access Zoom from your workplace, please install the Zoom app on your phone or other mobile device, and join via your cellular network.

This is a public event and it will be recorded for ANU TV.

You can unsubscribe at any time by clicking on the unsubscribe button at the bottom of any correspondence.