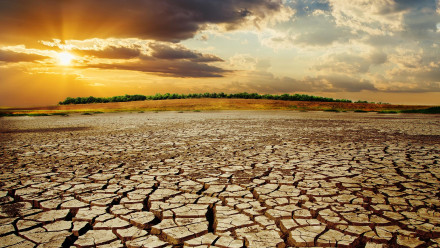 Climate change is the defining issue of our time. From shifting weather patterns to rising sea levels, the impacts of climate change are global and unprecedented. In Australia, climate change has been politicised and action stagnant.

Meanwhile coronavirus has seen action mobilise across governments nationally and internationally to curtail its impacts and keep populations safe. Are there lessons from coronavirus that can lead to stronger action on climate change? Could investment in renewable energy be a pathway through our current recession?

Hear from former Prime Minister, the Honourable Kevin Rudd, in discussion on the opportunities for Australia to take stronger action on climate change both during and beyond the coronavirus.

The Wilson Dialogue, hosted by the Sir Roland Wilson Foundation, is one of Australia's premier forums for discussing policy issues of national and global significance.

Kevin Rudd was the 26th Prime Minister of Australia, who - after 11 years in opposition - successfully led the Australian Labor Party to victory in the 2007 federal election. He served from December 2007 to June 2010. While in office, Kevin's government set into motion major reforms in domestic policy areas such as health, education, industrial relations, social security and infrastructure. The Rudd Government's first act included signing the Kyoto Protocol on climate change, which was a significant step forward in Australia's efforts to fight climate change domestically and with the international community. He led Australia's response to the Global Financial Crisis, reviewed by the IMF as the most effective stimulus strategy of all major economies. Australia was the only major developed economy not to go into recession. On 13 February 2008, Kevin delivered the National Apology to the Stolen Generations in Australia and committed to 'closing the gap' between Indigenous and non-Indigenous Australians.

Since leaving Australian politics in 2013, Kevin has served in numerous senior roles for a range of international organisations and educational institutions. He has been appointed a Visiting Scholar at Tsinghua University in Beijing, Distinguished Statesman at the Center for Strategic and International Studies, and Distinguished Fellow at both Chatham House and the Paulson Institute at the University of Chicago. He is also a Senior Fellow at the Belfer Center at the Harvard Kennedy School.

Bruce is a Yuin, Bunurong and Tasmanian man and an influential Australian writer, editor, and anthologist. He is best known for his work Dark Emu, which re-examines colonial accounts of Aboriginal people in Australia and gives evidence of pre-colonial agriculture, engineering and building construction by Aboriginal and Torres Strait Islander peoples.

Having published widely in both adult and young adult literature, Bruce has won numerous awards, including the New South Wales Premier's Book of the Year Award in 2016 for Dark Emu and the Prime Minister's Literature Award for Young Adult fiction for Fog a Dox in 2013. His children's titles Mrs Whitlam and Young Dark Emu have been shortlisted in the Children's Book Council of Australia Awards. In 2018 Bruce was awarded the Australia Council Award for Lifetime Achievement in Literature. He is also a professor at the Jumbunna Institute for Indigenous Education & Research at the University of Technology Sydney.

Anna Skarbek is the CEO of ClimateWorks Australia, working to develop the low carbon economy. A former banker and green policy adviser, Anna has led ClimateWorks since its creation in 2009, analysing emissions reduction opportunities and partnering with business and government to unblock barriers to their implementation. ClimateWorks' independent and non-partisan approach, co-founded by The Myer Foundation and Monash University, sees her working with multiple federal government departments as well as State governments and large corporates. She works with other stakeholders including investors, business, environment and civil society leaders.

Anna was a founding director of the Clean Energy Finance Corporation from 2012-2017, and is a director of Impact Investment Group, the Green Building Council of Australia and of the Centre for New Energy Technologies. She is a member of the Blueprint Institute's strategic advisory council and the Grattan Institute's energy program reference panel, and is the 2020 Mission Innovation Champion for Australia. She is a former director of the Carbon Market Institute, the Linking Melbourne Authority and Amnesty International Australia. She was a member of the Australian Government's Energy White Paper reference panel, Land Sector Carbon and Biodiversity Board and NGO Roundtable on Climate Change, and of Victoria's Independent Review of the Climate Change Act and South Australia's Low Carbon Economy Expert Panel.