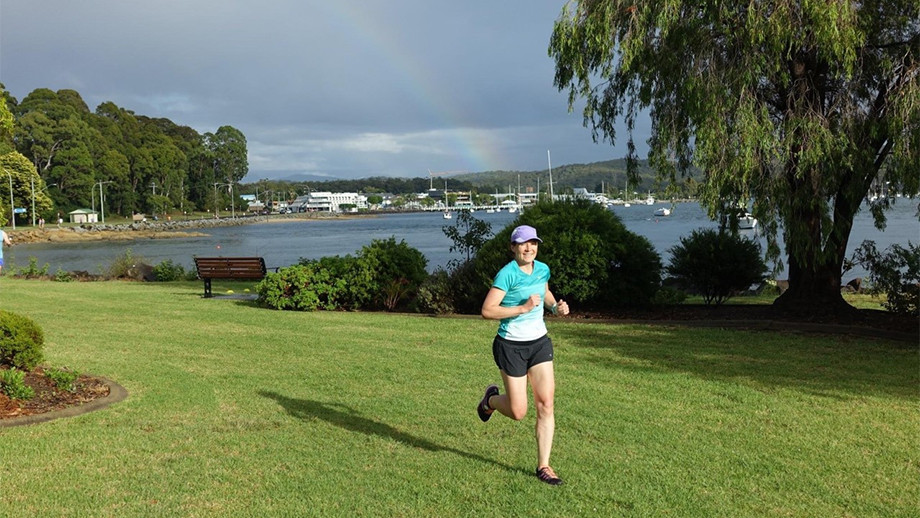 My experience at ANU taught me to be curious, challenge the status quo and effect change. Always with optimism and a healthy sense of scepticism.

Emily Fisher led the award-winning Women in Leadership (WIL) Strategy under the direction of Secretary Frances Adamson at the Department of Foreign Affairs and Trade (DFAT), and has recently begun work on the new APS Gender Equality Strategy.

So how did she come into this work and what are her thoughts on women's progression in the workforce? To get the full picture, we go back to the Australian National University (ANU) in the late 90s.

Her father was a Geology lecturer at ANU and knowing it was a world-renowned university offering Psychology (her favourite subject and later her degree), it was an easy decision for her to attend ANU.

"The best things about studying at ANU were the people I met and the enduring friendships I made," reminisces Emily.

When asked if there was anything in particular that she learnt whilst at ANU, she added, "Two things jump out. One is around mindset -- my experience at ANU taught me to be curious, challenge the status quo and effect change. Always with optimism and a healthy sense of scepticism. The second thing is about balance. My experience was that academic life was one important part of setting myself up for future success, but I made room in my life for part-time work, friends and belly dancing (my thing at the time!). I have carried this sense of balance throughout my life."

Post ANU, Emily felt she had quite a rapid rise through the ACT Government ranks (from graduate to SOG C (EL1 equivalent) in the space of three years, followed by a promotion to EL2 in DFAT five years later. During this time, she attained a graduate diploma in HR. She says, "The first part of my career has been dedicated to the HR profession - improving organisational performance through its people" which can be seen during her time at AusAid working in Workforce Planning, Performance Management and Diversity.

Her advice to young graduates is, "Be authentic, take opportunities and learn something from everyone."

Emily notes it was during her second period of maternity leave that she was offered to lead DFAT's work on workforce gender equality and organisational cultural change in 2016. Having just discovered first-hand how hard it was to integrate work with the needs of two very young children, Emily felt the role was a good fit for her.

"I found a new passion - to understand and take action to address the barriers to women's career progression."

So what does she think is the biggest hurdle women face today in reaching gender equality in the workplace?

"While workplaces are slowly but surely dismantling the systemic barriers to gender equality, it's the gender stereotypes and expectations outside of the workplace that remain a persistent challenge."

She goes on to add, "Women are not a homogenous group. Organisations need to look at gender equality through a diversity and inclusion lens, to ensure barriers for progression for women who identify with other diversity markers are identified and addressed."

Emily's comments couldn't come at a more relevant time -- with the Royal Commission's progress report on the violence, abuse, neglect and exploitation of people with disability coming out late last year, the recent Black Lives Matter protests taking place worldwide, and the Pride Month celebrations which continued despite COVID-19 lockdowns.

She feels the most critical action needed to reach gender equality in the workplace are changes to maternity/paternity legislation.

"We need a scheme that encourages an equal sharing of caring for young children to help normalise men as carers and level the playing field (at work) for all genders."

Emily also notes that job sharing was a revelation for her.

"I never thought that sharing a job -- three days a week, with one day overlap -- could be such a rewarding, interesting and challenging experience. My job share colleague and I were known as yin and yang - a pair of complementary opposites!

"As a parent, I have accepted that I can't give as much time to my job as I could before I had children. I'm fine with that now. It is about prioritising, setting boundaries and being completely present and focused when I'm working and vice versa when I am with my family."

Emily's career highlights also include two overseas speaking invitations to share DFAT's experience -- one with the New Zealand Foreign Ministry in Wellington (2018) and another at the inaugural Vietnam-Australia Women's Empowerment Forum in Hanoi (2019).

So what's next for Emily? After five years implementing the DFAT WIL strategy, and most recently co-writing the refreshed WIL strategy (launching in August 2020), her new challenge involves sharing her expertise more broadly across the Australian Public Service (APS).

Taking up a five month secondment, Emily is excited to have senior-leader backing to refresh the outgoing APS Gender Equality Strategy.

"I'm honoured to have this opportunity... to be able to consider these issues at the APS level and engage with colleagues across the service, to develop meaningful, impactful and achievable actions for all APS agencies, is quite the next challenge!" 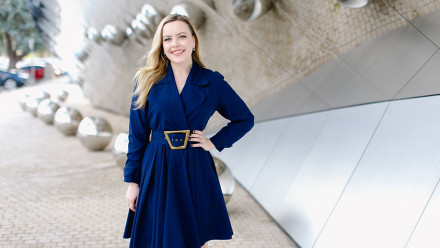