New Dean for ANU College of Engineering and Computer Science

Quantum optics specialist and ANU alumna Professor Elanor Huntington has been appointed Dean of the ANU College of Engineering and Computer Science (CECS).

Professor Huntington is the current Head of the School of Engineering and Information Technology at UNSW Canberra, located at the Australian Defence Force Academy. She completed her PhD in experimental quantum optics at ANU in 2000.

“I’m delighted to be joining ANU as Dean. It’s an exciting time to be joining the team,” said Professor Huntington. “It’s a dynamic and thriving college.”

Vice-Chancellor, Professor Ian Young AO, congratulated Professor Huntington and welcomed her back to the ANU community.

“Professor Huntington’s track record, both as a successful researcher and a strategic leader will make her a valuable addition to the ANU,” Professor Young said.

“I look forward to working with Professor Huntington in her new role as Dean of CECS.”

Professor Huntington is an active researcher in control of quantum systems, and is particularly interested in the interface between theory and applications.

“The most exciting thing about this field is the transition out of the lab. You can make useful technologies out of quantum systems and do things that you simply can’t do in classical systems,” she said.

Professor Huntington has worked as a researcher at Australian Defence Force Academy and the Defence Science and Technology Organisation, and she is well aware of the distinct engineering and IT environment in Canberra.

Professor Huntington says there is real value in the combination of engineering and computer science.

“The two can work together to create a whole that is greater than the sum of their parts,” she said.

Professor Huntington will commence her new role at ANU on 30 September 2014. 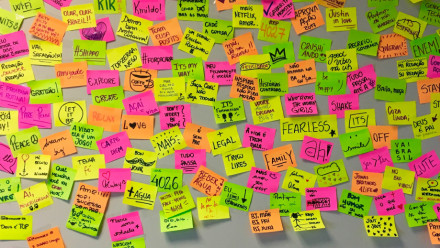 21
Dec
Navigating change through our connections to community  »

10
Dec
Stay connected with the class of 2020 and alumni community »
Page owner: Alumni