» Alumni » Events » After the polls? A discussion on Myanmar’s COVID-19 election

After the polls? A discussion on Myanmar’s COVID-19 election 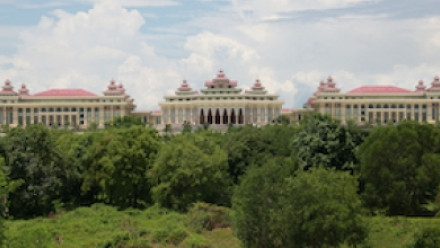 Myanmar's citizens are scheduled to go to the polls on November 8 for the third time since the army partially returned power to civilian government almost a decade ago. Despite repeated calls for the vote to be postponed due to Covid-19, the election commission has insisted it will proceed. If it does it will be the first election with the National League for Democracy as incumbent.

After coming to power in 2016 with impossibly high hopes upon her shoulders, the leader of the NLD, Aung San Suu Kyi, opted for a socially conservative and fiscally tight-fisted style of rule that does not appear to have dampened enthusiasm for her personally. Her goal of ending civil war through multiparty negotiations with armed groups in frontier regions has been undermined by the rise of the Arakan Army in the country's west, from where upwards of a million Muslims fled to Bangladesh in response to massive state violence in 2017 and after.

In 2019 Aung San Suu Kyi defended Myanmar's military against allegations of genocide at The Hague, to the dismay of supporters abroad. But in doing so did she gain support from her constituency at home? How might the pandemic change the terms on which the upcoming election is fought and won? Can minor parties do any better this time around or will they also succumb to coronavirus? Is the army likely to be persuaded to give up any of its reserved parliamentary seats, ministries or other residual powers any time soon?

Join us as our panel of experts tackle these and other questions in this forum hosted by The Australian National University Myanmar Research Centre.

Maitrii Aung-Thwin is Associate Professor of Myanmar/Southeast Asian History and Coordinator of the Comparative Asian Studies PhD Program at National University of Singapore. Dr. Aung-Thwin is interested in questions that pertain to historiography, intellectual history and the construction of knowledge in and about Southeast Asia. Much of his research has been influenced by area-studies writings on colonialism/post-colonialism, ethno-history, socio-legal studies, public history, the history of anthropology, Buddhist scholarship, and heritage.

Myat The Thitsar is a co-founder of Enlightened Myanmar Research Foundation and currently working for EMReF as a Strategic Advisor and the Director of the Parliamentary Support and Research Program (PSR) of EMReF. She has also been doing her PhD study in Global Studies Program at the University of Massachusetts Lowell. Myat The does research in Parliaments, Federalism, Conflict Processes, and Intergovernmental Relations and Comparative Politics.

Nick is a PhD candidate in the department of Department of Politics and Social Change at the Australian National University. His research focuses on the relationships between ethnic political parties and armed groups in Myanmar. He has seven years' experience in the field of peacebuilding and democratization, and has advised the United Nations, national governments, civil society, and non-state armed groups. Nick holds a Masters in International Affairs from the Graduate Institute, Geneva and a Bachelor of Arts (Hons) from the University of Melbourne.

Su Mon Thant is a Yangon-based researcher specializing in the study of democracy, peace and political institutions with local and international organizations such as The Carter Center, EMRef and International IDEA. Su Mon holds a Master's degree in Politics and International Relations from Keele University, United Kingdom.