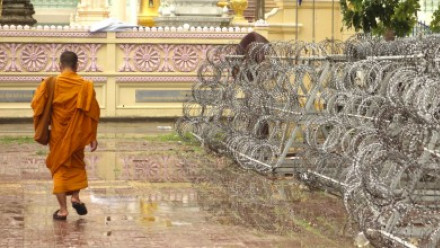 In the mid-1990s Myanmar was a dark spot on an otherwise increasingly bright outlook for liberal democratic change in mainland Southeast Asia, in particular in Thailand and Cambodia. Today things appear very different. While an elite pact in Myanmar has brought with it genuine change for the better, it also has kept the country's army in a position of strength. Thailand seems caught in an interminable cycle of military interventions. And Cambodia is under a de facto one-party, if not one-man, dictatorship.

What happened to the promise of liberal democracy in mainland Southeast Asia that the 1990s held? Was it ephemeral, or imagined? And what can be done to restore that promise? On 8 and 9 April in Canberra, this international conference will address these questions through dialogue between scholars and experts working on and in Myanmar, Thailand and Cambodia, with particular attention to themes of agency, repression, security, activism, and sovereignty. These are familiar topics and questions for students of Southeast Asia, but rarely are they discussed across these three countries at once. The conference will present a unique opportunity to do so, by bringing academics and policymakers into conversation about points of similarity and difference across the three. In doing so, it will examine how and why illiberalism remains inherent to political order in mainland Southeast Asia, and what might be done about it.

New Mandala will also be featuring interviews with speakers, videos of sessions, and blog posts in the days and weeks following the conference. Keep an eye out for content addressing the role of Buddhism in illiberal politics, the implications of the 2019 Thai elections, the role of civil society as a potentially regressive force, and the prospects for liberal democracy in Mainland Southeast Asia.