More than four-in-five Asian-Australians say they have experienced instances of discrimination during the COVID-19 pandemic, new analysis from The Australian National University (ANU) shows.

In a survey of more than 3,000 people, 84.5 per cent of Asian-Australians reported at least one instance of discrimination between January and October 2020. This is compared to 82 per cent in August 2019.

Study co-author, Professor Nicholas Biddle from the ANU Centre for Social Research Methods, said discrimination against Asian-Australians dropped by 12.3 per cent between January and April 2020.

"This was when lockdowns were in full force and there was less exposure to potential sources of discrimination," Professor Biddle said.

"But we then found an almost equal increase in instances of discrimination between April and October 2020, when lockdowns were easing.

"Our findings also show Australians are no more likely to think that people from a different ethnic background to the majority of the Australian population should be restricted from moving to Australia than they did prior to the pandemic.

"There has also been a slight decline in support for migration in general, but this does not appear to have been targeted towards particular ethnic groups."

Professor Biddle noted there was also good news from the study's findings, with the results showing social cohesion has improved during the COVID-19 pandemic.

"What is perhaps more interesting though is that Australians are more likely to think that Asian-Australians can be trusted, are fair, and are helpful than they are to think the same thing of Anglo-Australians," Professor Biddle said.

The research was undertaken in collaboration with the ANU Centre for Asian-Australian Leadership (CAAL).

"This survey shines an important light on the experiences of Asian-Australians, particularly in a very distinct moment in our history, as well as the work we must still all do to make sure our nation is free from discrimination.

The study also found experiences of Asian-Australians during the pandemic were worse compared to other groups.

"Asian-Australians are more likely to be anxious and worried due to COVID-19 than the rest of the Australian population," Professor Biddle said.

"The biggest difference though has been in terms of economics. The drop in hours worked for Asian-Australians between February and April 2020 (5.0 hours) was more than twice the drop for the rest of the Australian population (2.4 hours).

"Some of this gap has been regained since, but even in October 2020 Asian-Australians were working fewer hours than they had in February 2020, whereas the rest of the Australian population were back closer to their pre-COVID levels."

Mr Lo said: "Asian-Australians have fared worse during the COVID-19 period than the rest of the Australian population, and there is an ongoing need to understand the source of this disparity, as well as the most effective policy responses.

"In addition to anti-racism strategies, one of the most effective ways to combat discrimination is by increasing Asian-Australian representation in senior leadership positions across our public and private institutions. Having more Asian-Australians in leadership roles changes perceptions, breaks down stereotypes and instils greater trust and confidence across our society."

The study forms part of the ANU Centre for Social Research and Methods COVID-19 monitoring program and is available online.

The study follows the second Asian-Australian Leadership Summit held last week, an initiative convened by PwC Australia, Asialink of the University of Melbourne, Johnson Partners and The Australian National University, and which attracted more than 1,500 online participants across Australia. 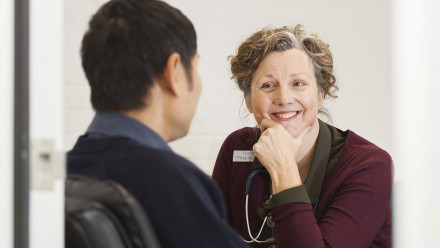 08
Jun
Awards fit for a queen go to ANU experts »