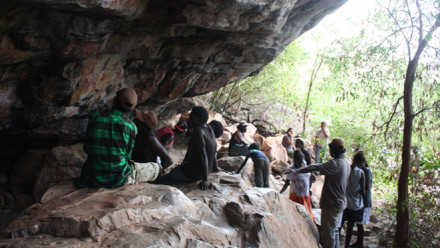 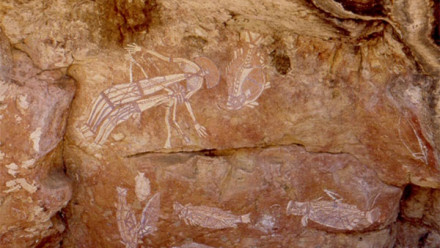 Throughout the previous six years, an investigation of rock art conservation practices utilized across northern Australia since the 1970's has formed the basis of a doctoral research program. Examining these techniques, their uses today and potential for the future has been underpinned by the premise that any conservation and management works implemented need to be embedded within a decolonized framework that not only informs, but is driven by Aboriginal Traditional Owners and site custodians. It is argued that in doing so Traditional Owners are better placed to respond to changes in societal and environmental pressures, increasing challenges for site protection and preservation that are often developed as reactive responses to protect both the tangible and intangible values of a place. Finding a balance between traditional methods of looking after country with western scientific techniques for intervention and visitor management it is argued will improve the current situation of overwhelming deterioration and pressure on rock art sites, supporting the communities seeking to protect them. This presentation will address the overarching objectives of the completed research through examination of the case studies conducted across northern Australia. It will be shown that documentation, ongoing monitoring and maintenance activities combined within an overarching conservation strategy that considers holistic management of living cultural places is essential as we move into the 21st century. Embedded with cultural foundations to support Traditional Owners and custodians in the ongoing protection, conservation and where necessary, management, of rock art sites across Australia, this research has the capacity to address some of these issues with a suggested way forward as Aboriginal groups and researchers work together to look after these special places.

Melissa Marshall is an archaeologist and researcher based at the Nulungu Research Institute, the University of Notre Dame Australia, Broome Campus. With a focus on rock art research, conservation and management, she has worked extensively across northern Australia for more than 20 years with Traditional Owners and Indigenous ranger teams. Based in the Kimberley region for more than a decade, Mel joined Nulungu as a Collaborative Research Network (CRN) Researcher in 2015. She currently undertakes projects throughout the Kimberley region and Northern Territory, including western Arnhem Land and Kakadu National Park. Working with local stakeholders, the focus is primarily related to cultural heritage management, archaeological and rock art research with Working on Country Indigenous ranger teams, Aboriginal land tenure and sustainability of remote Indigenous communities. In addition to this research, Mel is in the final stages of completing a Doctor of Philosophy through the Australian National University, investigating current rock art conservation and management techniques as applied in the north of the country. It is this investigation that will form the basis of the upcoming NARU seminar.