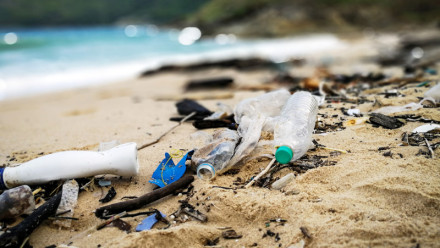 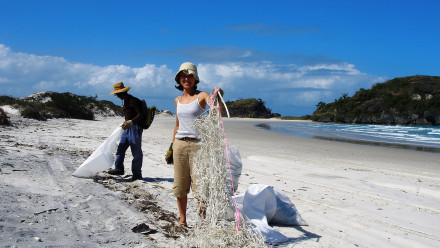 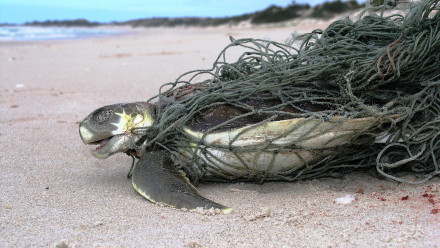 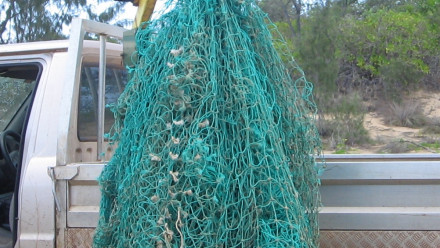 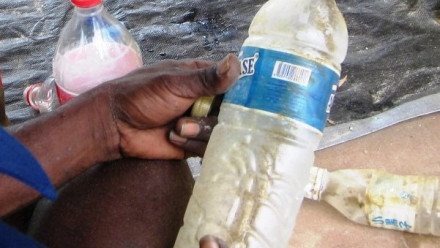 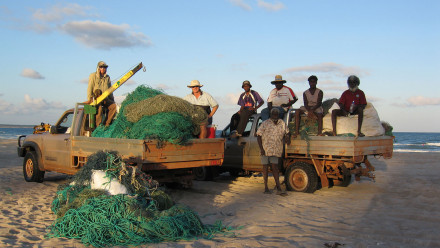 Australia's remote, sparsely populated, northern shores record some of the highest levels of marine debris in the world - with major impacts on the Northern Territory's ocean ecosystems, including its globally-significant populations of marine megafauna, particularly sea turtles. In this seminar, we outline the results of long-term systematic monitoring of debris (and wildlife impacts) across the Territory (since 2000), undertaken in collaboration with Indigenous sea ranger groups, WWF-Australia and volunteer.

Across monitoring sites, the north-western Gulf of Carpentaria records the greatest accumulation of ocean debris (and wildlife entanglements) - peaking under southeast monsoon conditions. Across the region, fishing-related marine debris is the major component of marine debris, with nets being the most common item - with major impacts on marine wildlife (particularly sea turtles). Foreign fishing (primarily in the Arafura Sea) is the major source of these nets, with 62% of identified nets of Taiwanese or Indonesian origin, compared to 11% attributed to Australian fishing vessels or fisheries. Annual debris loads reached a minimum in 2008, but appear to have dramatically increased in recent years, particularly in 2013 and 2017. Marine debris remains a major threat to the Territory's marine biodiversity (particularly marine megafauna), and needs ongoing and regional, coordinated, monitoring, mitigation and management efforts.

Karen Edyvane (PhD, UAdel) is a Marine Scientist with extensive experience (>30 years) in coastal science and management. Since her move to Darwin in 2006, her research interests have primarily focused on northern Australia and the Arafura and Timor Seas region - with a focus on coastal impacts, sustainability, ecosystem management and livelihood development. Her research on marine debris includes leading some of the longest-running ocean debris monitoring programs in Australia (South Australia, Northern Territory). She is currently a Visiting Professor at the National University of Timor-Leste, a University Professorial Fellow with Charles Darwin University and an Honorary Research Fellow with the Australian National University.